The Department of Anthropology and Chung Chi College are honored to invite Mr. Lin Sheng Hsiang, the song writer, vocalist and moon guitarist of Sheng-xiang and Band to give a talk on his experience of participating in social movements via music.

Anthropologists are curious about cultural differences — why are we all human beings even though the differences between us are huge?  Yet, in fact, people from one society could also be sharply different from each other. When the majority in a society are interested in accumulation, self-enterprising, and a (materially) abundant life of success, there are people who are more interested in simple, rustic life: staying in one’s village and appreciating floating clouds and beautiful mountains. Mr. Lin is one such person: he cannot help but cares about the dying farming villages, hopeless marginalized groups, and polluted environment that one can easily find in any intensely industrialized society. Soon after he graduated from college, he realized that he can hardly adapt to the music industry in Taipei that relies on packaging a lot. When he then learned about the development of anti-dam campaign in his home town Meinong, he returned home without hesitation and started planting the seeds of protests with his unique rock n’roll mixed with Hakka mountain songs. Why did he not give up his concerns for the marginalized, the farming villages and the environment when he struggled to support his family in spite of being a critically acclaimed and awarding-winning musician? Why did he say that musicians and songs alone won’t bring changes even though he has been questioning the policy of favoring industrial development over agriculture and has been singing stories of the distress of home-leaving youth continuously for 20 years? Please join us to find out about Lin Sheng Hsiang’s persistent journey on both music and social activism. (The talk will be conducted in Mandarin.)

After the talk, the 6-musician Sheng-xiang and Band will present in full band their newest album Village Besieged, concerning petrochemical industry and pollution, at Sir Run Run Shaw Hall on 18 October. Toru Hayakawa, the bassist of Sheng-Xiang and Band once commented: “Being a musician is about being honest with oneself.” Anthropologists and musicians both believe in understanding through bodily practices. Join us to listen, find and cultivate the seed of change in your heart. 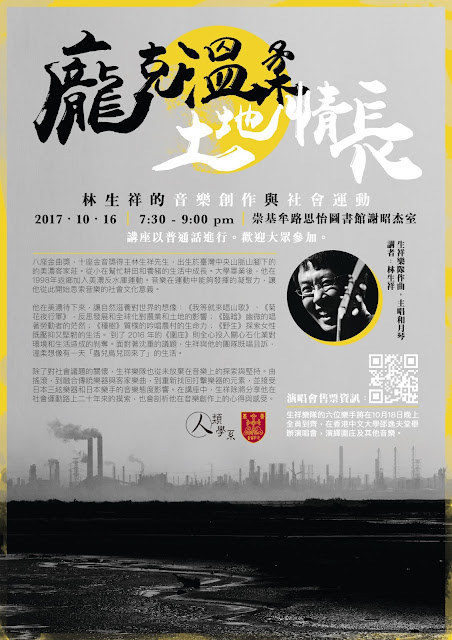 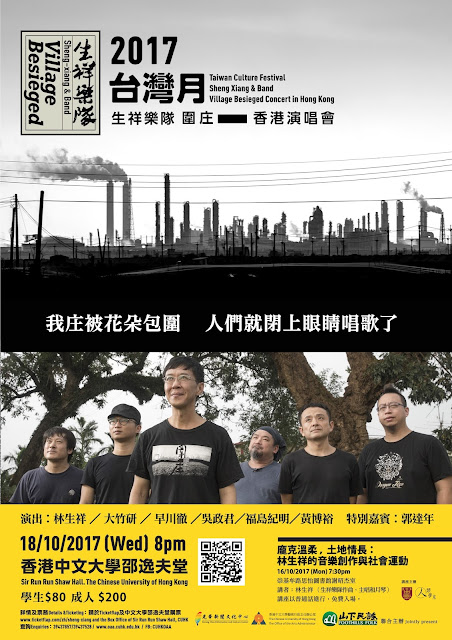