Indian movies have gained international attention in the last decades, and even earned a title, Bollywood. From the 3 Idiots to the first 3D dance movie ABCD: AnyBody Can Dance in 2013, the Indian cinema is surely a global sensation. Speaking of Bollywood, people would normally think about series of singing and dancing scenes, as well as colorful costumes and settings. This perception did nourish the birth of the Moulin Rouge!, which was an attempt for Hollywood to create something that resembles the Bollywood genre. Yet, if we take a look at some classics in the past decades, we will find the many transformations of Indian cinema. To be precise, this involves adding a lot of Westernized elements, while enforcing some of the Orientalist perceptions.

In this session, Ms Master showed us the constant change of Indian cinema, including the dance and music styles in it. She explained that the Indian cinema has been able to preserve some traditional Indian values, but at the same time also adopted some Western elements. Film is a powerful medium for us to understand Indian society which is in turn highly influenced by this medium.

Indeed, contemporary Indian cinema plays a powerful role in creating and shaping social identities, political orientations, as well as cultural values. Other than being joyful and delightful, Bollywood movies are also a medium to tackle critical social issues. Sensitive subjects such as sexuality, that are difficult to articulate in everyday contexts, are often a popular theme in Indian cinema. In Deepa Mehta’s Elements trilogy (Fire, Earth and Water), Fire became the first Indian movie explicitly dealing with homosexuality, and Water touched on the topic of widowhood. Indian film also plays a role at times of political turmoil. For instance, the 1957 classic Mother India uses a mother figure during a period of instability in India, to create a sense of security for the people.

Using Bollywood movies as a lens to look at social or cultural taboos provides a new way to intercultural understanding, and helps to debunk a lot of misconceptions.

[In the Press] Prof. Sidney Cheung Talks About Foodways and Crayfish

Prof. Sidney Cheung,  chairperson of the Department, was featured in article "We Are What We Eat: A CUHK anthropologist's angle on foodways and crayfish" on the website of The Chinese University of Hong Kong, talking about the determines of the diversity of Hong Kong foodways, as well as crayfish and its socio-economic implications in China. Click here to read the full article.


Professor Tracey Liedan LU's book on rice and prehistoric cultural changes has been awarded as one of the 2013 10 best books on cultural heritage in China. For details please check the information below. 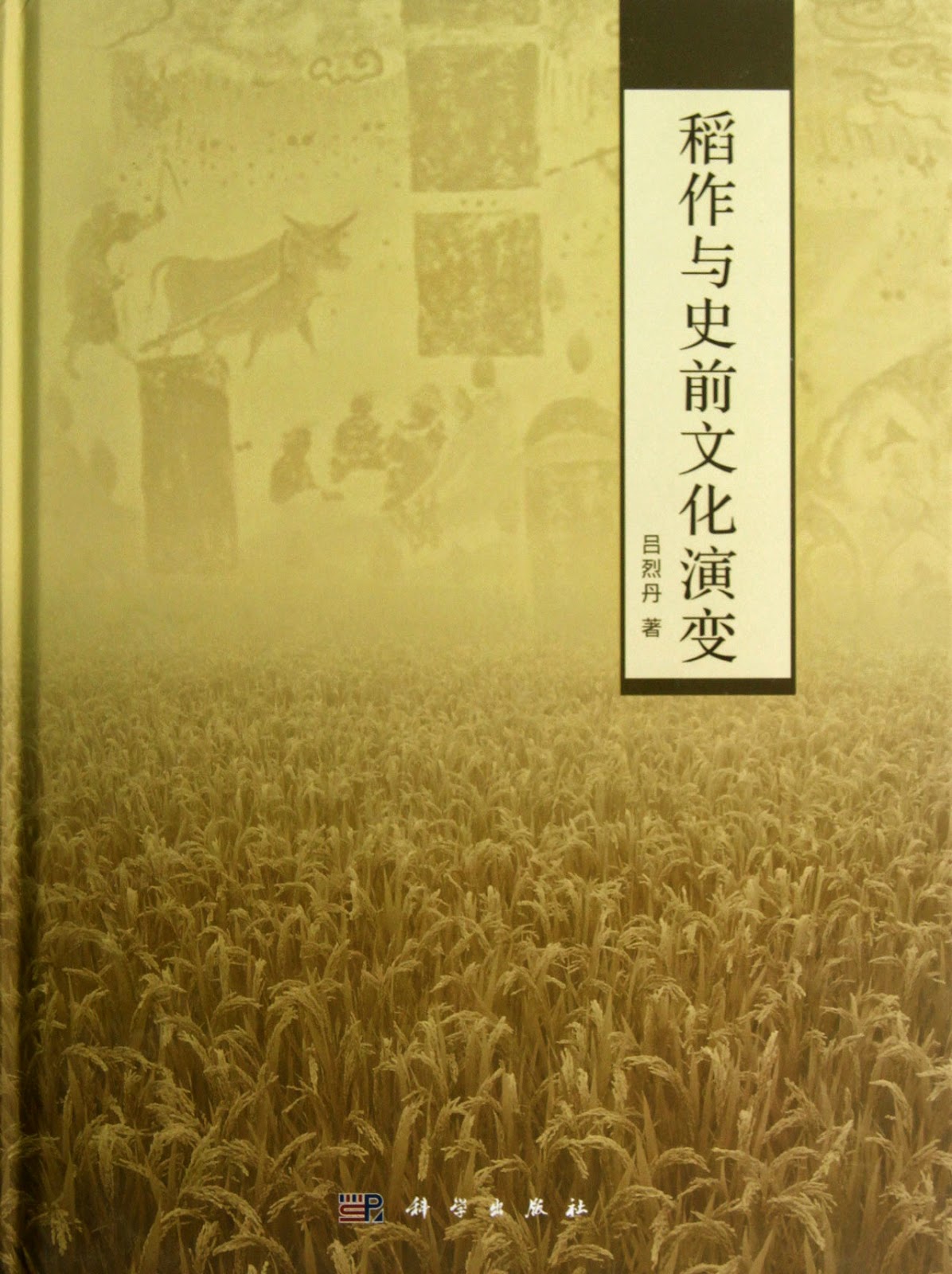 Ms Meera Rhoria was the speaker for the seminar on Diwali. She explained that, like Lunar New Year is one of the most important festivals in Chinese societies, the equivalent festival for Indians Is Diwali. Diwali is also called the festival of lights.  It is the biggest and most important festival of the year, and it gets its name from the row of oil lamps that Indians put outside their homes for the festival. These lights symbolize the inner light that protects people from spiritual darkness. It originated as a celebration that marks the last harvest of the year before winter. That is to say, the day after Diwali is the beginning of a new financial year. Thus, it is sometimes known as the Indian New Year.

Ms Rhoria said that if you travel to India during Diwali, you will have a very special experience-- lots of stores will be closed, but you will find tons of beautiful lights outside the homes.

Indians celebrate Diwali with family gatherings, glittering clay lamps, festive fireworks, strings of electric light bulbs, flowers, sweets, and of course the worship of Lakshmi—the goddess of wealth. Like the Chinese worship Choi Sun (the god of wealth), Indians believe that Lakshmi wanders the Earth looking for homes where she will be welcomed. People open their doors, windows, and most importantly, turn on the lights to invite Lakshmi in.

Meera brought with her a silver chest and various decorations used for the altar at home, and demonstrated for us how the religious rituals are carried out in Indian homes. She explained that offerings are put in front of the family altar, or in front of the statue or picture of the goddess. These include flowers, fresh fruits, nuts, and sweets. Sweets, especially desserts made with flour, rice, and sugar are most important, as Indians believe that gods and goddesses love sweetness. As they offer the sweets to the goddess, worshippers pray to her for blessings throughout the year.

At the altar of Diwali, there are some gold or silver coins. Meera reminded us that this should not be misunderstood as  praying for money or being a bribe for the goddess. In fact, these coins or gold pieces are used to symbolize the rewards or results of hard work, which indeed share the same meaning as fruits and other offerings. People use them to thank the goddess for her blessings that have led them to success.

"Impacting the World: The Emerging Voices of Asian Anthropology" 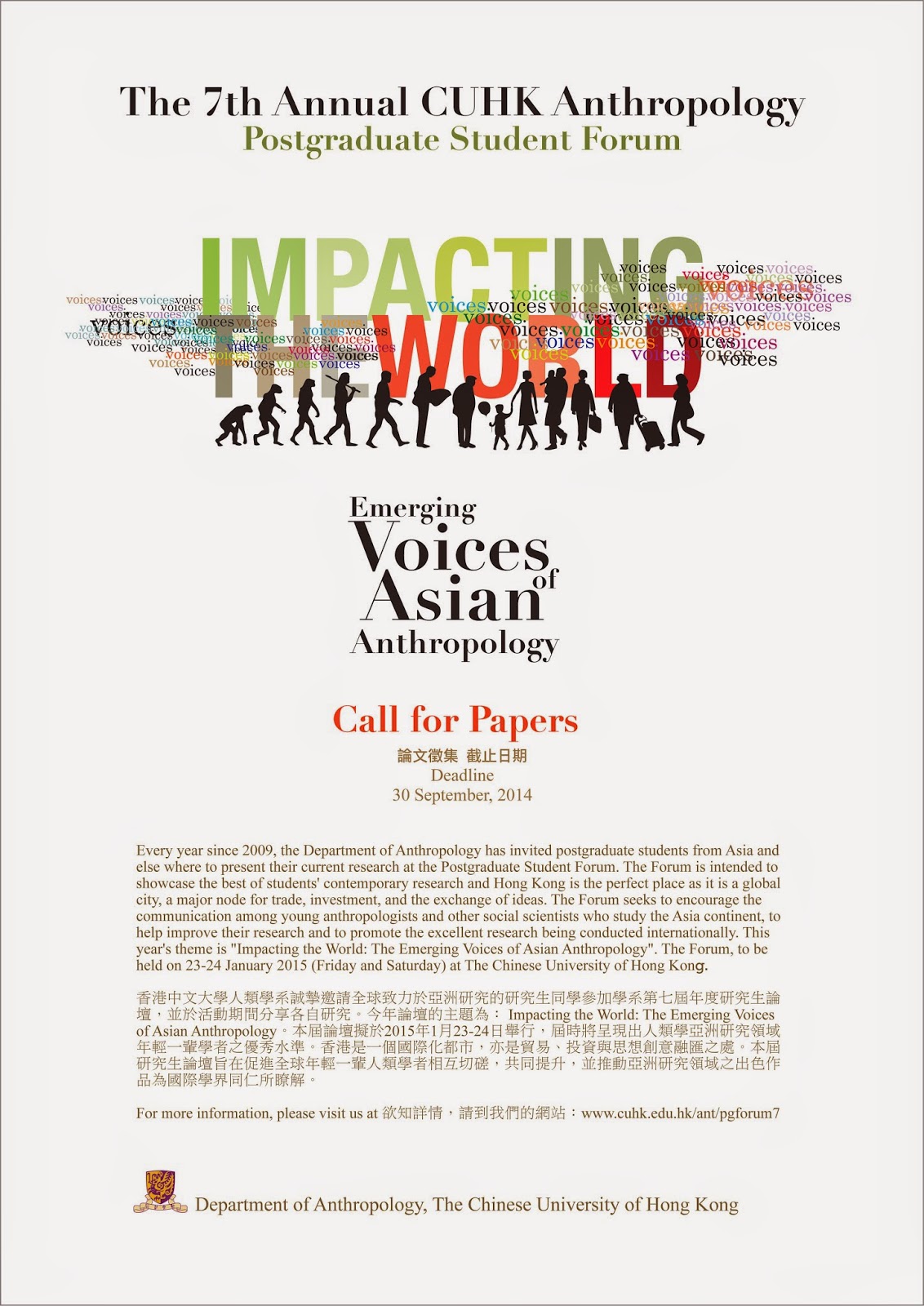 The Department of Anthropology, Chinese University of Hong Kong, invites graduate students in Asia and elsewhere to present their current research at our 7th Postgraduate Student Forum: "Impacting the World: The Emerging Voices of Asian Anthropology". The Forum, to be held 23-24 January 2015 (Friday and Saturday) at The Chinese University of Hong Kong, will showcase the best of students’ contemporary research on Asia.

Hong Kong is a global city, a major node for trade, investment, and the exchange of ideas. The Postgraduate Student Forum seeks to encourage the communication among young anthropologists in and of the East and Southeast Asian region, to help improve their research and to make the excellent research being conducted in Asia to be better known internationally.

We accept proposals for individual papers ONLY this year. Papers of different topics are welcome, ethnographic work preferred. Papers will then be organized into panels. Each paper presentation will last 15 minutes; PowerPoint and multimedia equipment will be provided. The language of the forum will be English.

Application procedure and additional information can be found at http://www.cuhk.edu.hk/ant/pgforum7/index.html
Deadline for abstracts is 30 September 2014.

Anthropologists on the Road Series(4): Living with Differences-- Lessons from a "Primitive Paradise"

As the world we live in has become increasingly globalized, it seems that more conflicts are reported due to ethnic and religious differences between people. At the meanwhile, when people constantly and consciously essentialize their differences, and draw boundaries between "us" and "them" accordingly, conflicts seem to have occurred because of the boundaries they have drawn. And thus a deepen awareness of these differences.

However, this is apparently not the case in Bingzhongluo, a small township at North Western Yunnan Province. Our former assistant professor Wu Keping discovered through her anthropological fieldwork that, at this "primitive paradise", which is a multi-ethnic and multi-religious place, "there have been minimal ethnic conflicts and very few religious conflicts". How do the local people live with differences peacefully? And what could we "modern" people learn from these "primitive" peoples living in Bingzhongluo? 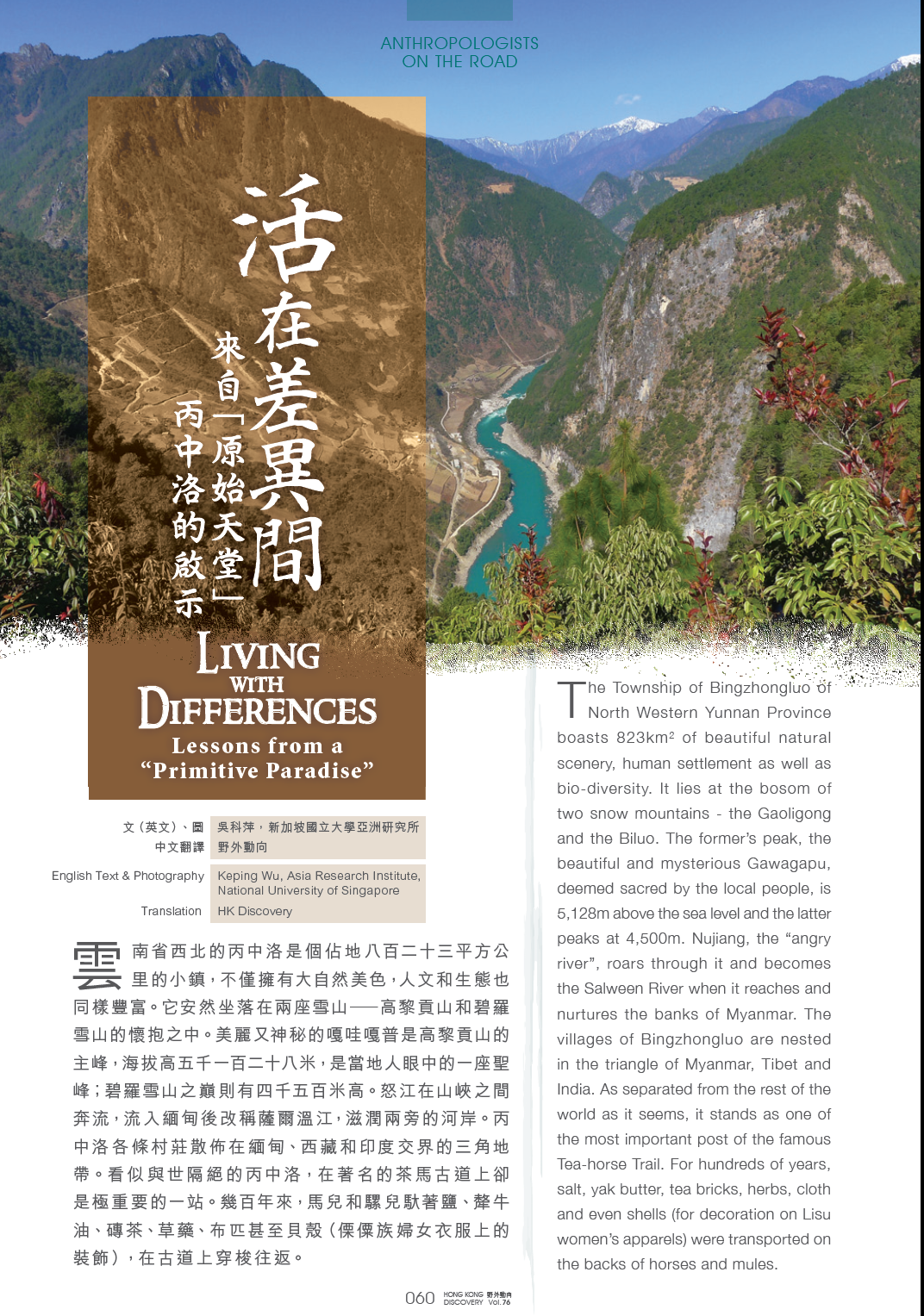 
The spring issue of the Department E-Newsletter has been published. Click here to catch up with us on our past season events, new publication and alumni updates! 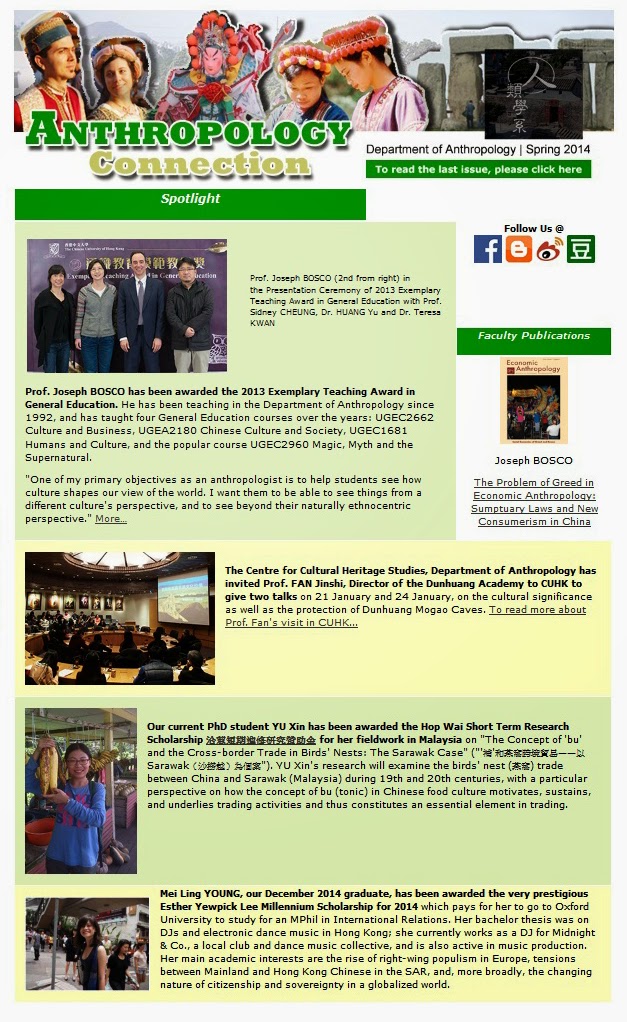