[Upcoming Seminar] Seen But Not Heard: Language, Recognition, and the Political Representation of Ethnicity in Late Socialist China

Seen But Not Heard: Language, Recognition, and the Political Representation of Ethnicity in Late Socialist China


Political claim-making in terms of ethnic difference assumes essentially different forms across different configurations of politics. If liberal politics of recognition often entails the precarious essentialization of ethnic "cultures," what does a socialist politics of recognition look like, if such a politics exists at all? What kind of language -- or the lack of it -- is structurally necessitated by this politics? How can ethnic difference achieve legally and institutionally framed political representation within this politics? This talk examines these questions by focusing upon the particularly excruciating predicaments faced by contemporary ethnic cadres in the Chinese bureaucracy. It argues that a historically specific and structurally determined foreclosure of speaking characterizes their position and obstructs the realization of political representation for ethnic minorities. 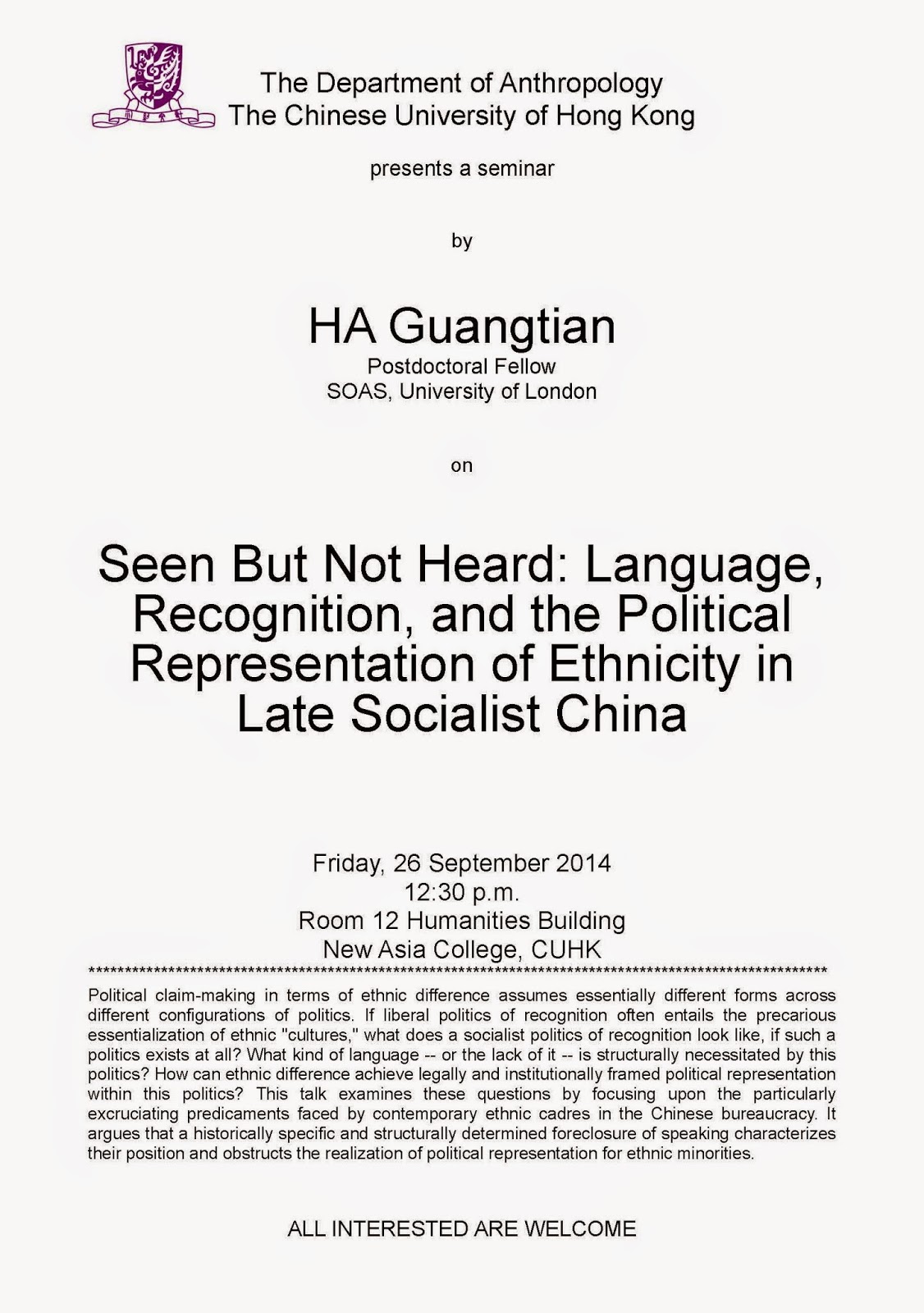