[In the Press] Prof. Mathews in BBC news on Chungking Mansions 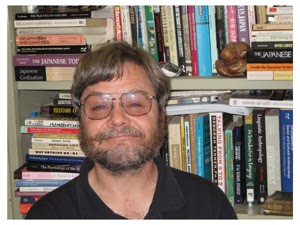 Professor Gordon Mathews was interviewed and featured in a BBC news on "Chungking Mansions: Inside Hong Kong's favourite 'ghetto' ".

"Gordon Mathews, an anthropology professor at the Chinese University of Hong Kong who spent four years researching and staying in Chungking Mansions, describes the complex as "a world hub of low-end globalisation".

Traders from developing countries come to Chungking Mansions to buy goods in demand back home, he says, "carrying their goods in their own luggage, or renting a container or part of a container, and shipping the goods pretty much on their own".

The deals are done "on the basis of trust, and often under the radar of the law," he says.

Many traders try to avoid import taxes by carrying their merchandise themselves or bribing customs officials, while many of the employees in the shops are working illegally.

Prof Mathews estimates that in 2008, about 20% of mobile phones in use in sub-Saharan Africa had been sold in Chungking Mansions, although that number has since decreased.

Many of the phones sold today are 14-day phones: phones which were returned by European customers within 14 days of purchase, which retailers buy at a discount and sell on.

Directly above the phone shops, a very different kind of business is thriving."