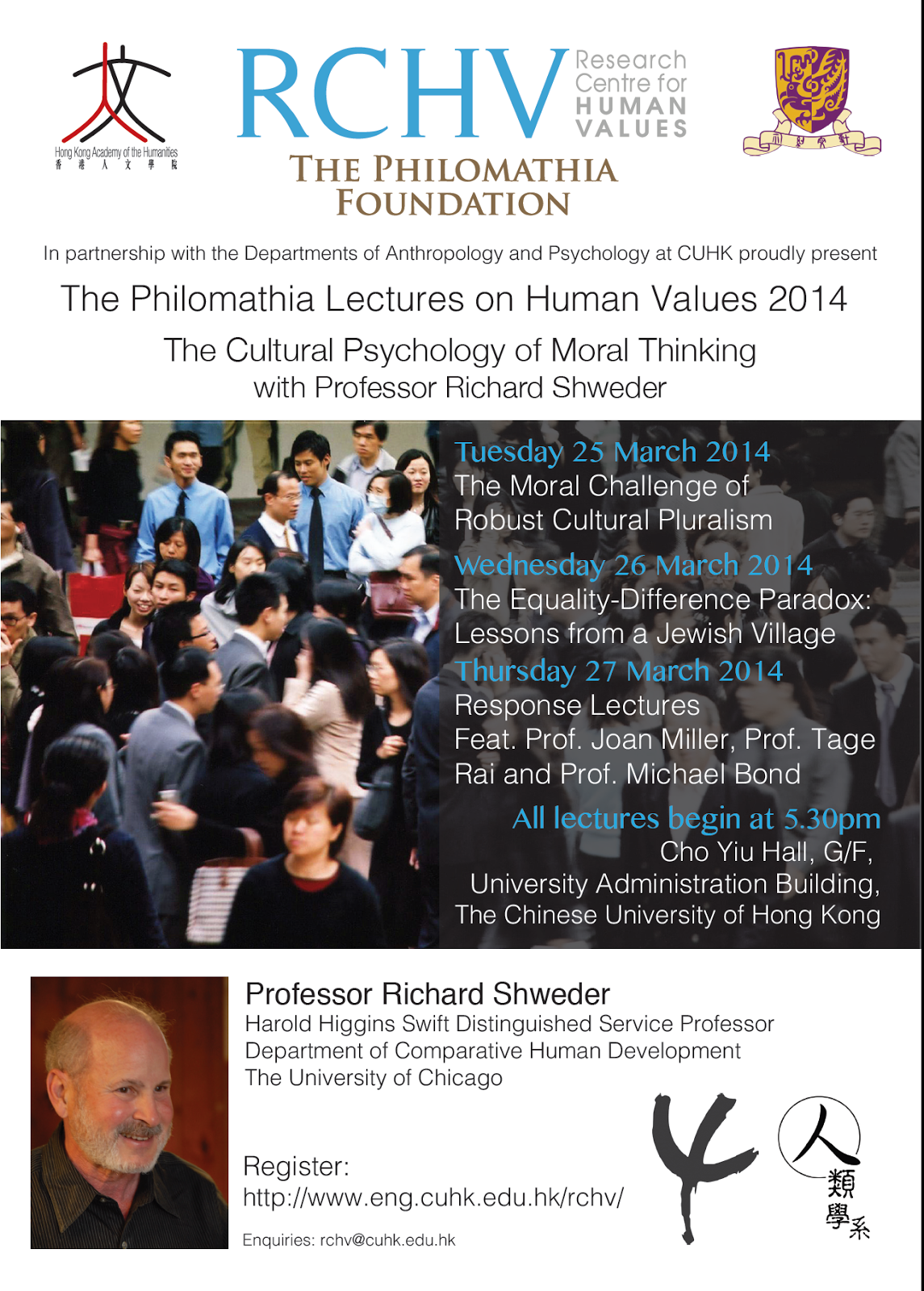 [The Philomathia Lectures on Human Values 2014]

Is it possible to be a robust cultural pluralist and a dedicated liberal at the same time? How are anthropologists and psychologists steeped in a liberal ethics of autonomy able to fairly represent the moral thinking of “others” whose moral judgments are rooted in an illiberal ethics of community and divinity? Although this year’s Philomathia Lectures will present a thumbnail sketch of five major findings from research on the cultural psychology of moral thinking the main objectives of the lectures are (1) to highlight the limits of liberal moral concepts for judging the moral foundations of diverse cultural traditions; (2) to ask what a highly developed social intelligence should look like in a complex multicultural society; and (3) to open a long overdue conversation about the provocative “equality-difference paradox”, which suggests that embracing cultural diversity and promoting economic equality are not harmonious social policy goals.

Wednesday, 26 March 2014
The Equality-Difference Paradox: Lessons from a Jewish Village