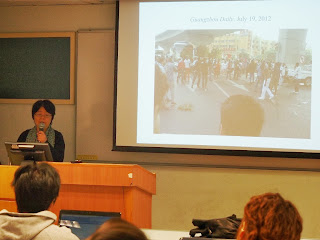 Guangzhou is a city where a large number of African migrants live. Many of them are undocumented. Why do the African migrants stay illegally Guangzhou? What kinds of structural challenges do they face? And how do they cope with such challenges? Lan’s talk addresses these questions based on her fieldwork in Guangzhou and in Lagos, Nigeria as well as interviews with African and Chinese informants.


For many African migrants, coming to Guangzhou and overstaying their visa is a rational business strategy. This allows them to gain transnational business opportunity with the least cost. Their life has gotten a lot tougher since the Chinese government tightened up immigration controls in 2008. They can face detention or even deportation if the police check their passport. 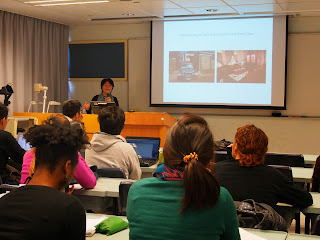 As cases of police abuse soared, collective resistance increased. To cope with the structural discrimination against them, they set up self-disciplined ethnic unions as semi-official mediators between the Chinese authority and the African community. Collaborating with Chinese friends in business partnerships and developing personal relationships is another useful strategy. Both the structural constraints and the agency of the African migrants were explored in depth in the talk. The views from both African and Chinese informants were both incorporated. Lan’s talk presented a nuanced picture of this marginalized community in Guangzhou.