Invited Seminar: Is there an Anthropology of Tourism?

Prof. Nelson GRABURN
Professor Emeritus, Anthropology & TSWG, U C Berkeley
"Is there an Anthropology of Tourism? Interdisciplinarity in the Twenty-first Century"
6 Jun 2012 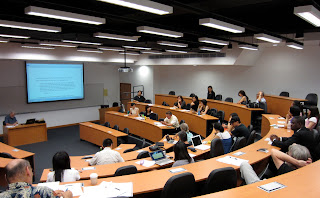 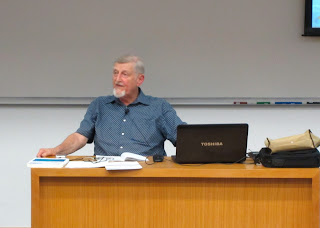 Graburn notes that more recent anthropology research has taken into account larger factors of political economy that are out of control of individuals and how these factors influence the everyday lives of individuals. The examination of the impacts of tourism fits into this global political-economic framework. Further, many ethnographies are now multi-sited. Thus, following the tourist while they are travelling and then back at home post-travelling is a legitimate method for carrying out ethnographic research. These developments point to a change in the discipline of anthropology that allows for an anthropology of tourism to exist as a genuine subfield in anthropology.


At a multidisciplinary food studies conference I attended, in just recently, I saw students from other disciplines including communications using ethnographic methods in their research from folklorists to students in communications to students in interdisciplinary food studies programmes. Anthropology should not be defined by research methodology alone. Given the changing research methods used in other disciplines, it would make sense for anthropologists to adapt a similarly flexible attitude towards the methods that they use in their research. Thus, there is no real question of whether there is an anthropology of tourism. It cannot be said that the anthropology of tourism does not exist just because a range of different research methodologies are used. The anthropology of tourism will exist so long as there is a need for “ground-up” studies of issues relating to tourism.