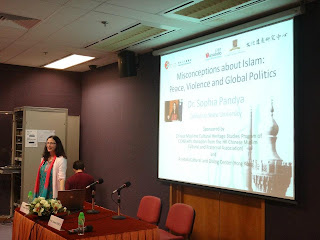 Dr. Sophia Pandya from California State University gave a very informative and interesting talk on the misconceptions about Islam from non-Muslims at the Hong Kong Central Library. Dr. Pandya began the talk by summarizing and reviewing the negative perceptions of Islam from the West – “barbaric”, “terrorists”,“having four wives”…She explained the worldwide Islamphobia is reinforced by the mass media such as the news reports in the aftermath of the 911 attacks and the Hollywood movies. However, the misconceptions about Islam also have their historical roots of Western colonialism and imperialism according to the speaker. To highlight where these negative conceptions originated, she examined how the early pieces of some scholars which shaped and disseminated these discourses, including Orientalism from Edward Said and series of work from David Walkinson. In those works, Islamic world has been described as “in need to be rescued by the West culturally as it is ‘backward’”. 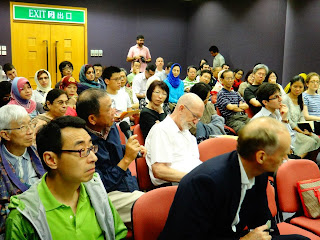 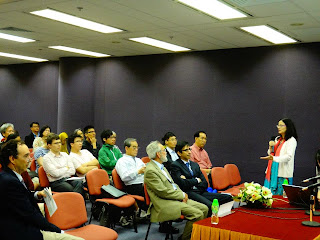 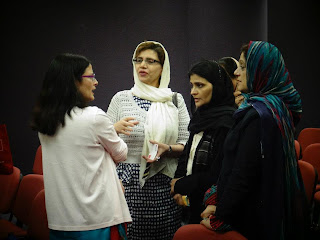 To provide a broader scope to analyze Islamic world, Dr. Pandya suggests the diversity of Islamic schools has to be recognized. Using two extremes in Islamic branches – the liberal Hanafi and the conservative Hanbali as comparative examples, she explained how the different interpretations of the Qu’ran in these two groups can bring completely contrast attitudes of group members towards certain issues such as family structure and women’s status. In order to erase the stigma imposed on the Islamic world, various Muslim groups have taken initiatives to introduce and promote themselves in accordance with their customs and beliefs. Therefore, the speaker also calls for a reexamination of Islamic studies without generalization yet look into every Muslim individual. At the end of the talk, she played a video clip showing the diversity of Muslims, which deeply impressed the audience.

To know more about the works of Dr. Sophia Pandya, please visit this page.