In the Press: Doing Fieldwork in Liyuan


Qingdao Daily wrote a report about the fieldwork of our PhD candidate Philipp Demgenski, called "A German Guy Lives in Liyuan" (德国小伙住里院). 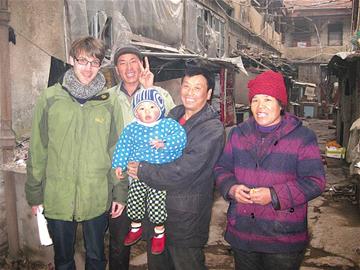 Philipp Demgenski, who came from Germany, is now living in Qingdao where he is collecting data for his PhD thesis that focuses on the transformation of urban space and the meanings and discourses of “urban liveability” revolving around this issue in today’s China. He has been living and doing fieldwork in a courtyard-style house, known as Liyuan, situated right in the historic centre of Qingdao. As an area that is currently undergoing transformations, it has drawn quite a bit of media attention. So it happened that the Qingdao Daily wanted to carry out an interview with the “exotic anthropologist” to learn about what he is doing and what it means to carry out fieldwork. 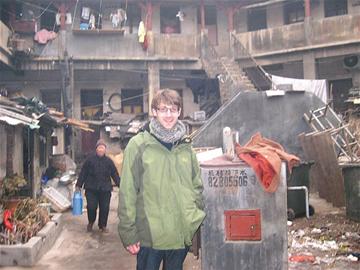 Philipp is particularly interested in the Anthropology of Space and has been keeping a blog about topics related to the study of space and place: http://placeforspace.wordpress.com/